More than two months before of next 19th of February, the day that the 33rd edition is held, the eDreams Mitja Marató Barcelona has already reached 10,000 registrations. A participation number that already reaches the total number of registrations in 2021 and expects to overtake the one of this 2022, when more than 13,500 participants filled the streets of Barcelona during this race in April.

Celebrated uninterruptedly for more than three decades, with its first edition in the Olympic atmosphere of 1991, this event has been growing exponentially until the arrival of the Covid-19 two years ago. But, the registrations of the last edition and those that are already registered for the next one in February, seem to point out that the average of participation in this race is on the way to recover its pre-pandemic levels progressively, which in 2019 were above 20,000 registrations and in 2020 were very close to beating the record of 23,000 registrations achieved in 2010, if it had not been for the cancellation of that edition due to the pandemic situation.

A successful and prestigious half-marathon
Along with Seville, Madrid, Valencia and, although it is not exactly a half-marathon, the Behobia, the eDreams Mitja Marató Barcelona 2023will be once again one of the five half-marathons of the Circuito Nacional de Running Plátano de Canarias, apart from being one of the most international races of 21,097km in Europe, betting edition after edition to increase the feminine participation which was 35% in the last edition and having a fast and flat course, ideal to set new records, that are currently held by Haftu Teklu since 2022 in the men’s category (59: 06′) and Florence Kiplagat since 2015 in the women’s category (1:05:09h).

The sea, a pleasant climate and a whole of other cultural and tourist attractions make Barcelona the best location for a race like this one. Following in the footsteps of the Zurich Marató Barcelona, which will also be Gold Label in 2023, the eDreams Mitja Marató Barcelona is becoming more and more popular every year and has become one of the two most important running events in Barcelona, as well as one of the most important in the Spanish athletics calendar.

Likewise, the 33rd eDreams Mitja Marató Barcelona will celebrate its tenth anniversary with eDreams as title sponsor. It will be a decade in which the online travel agency sponsors and gives its name to this race. Since 2011, RPM Sports has had the honour of organising this prestigious race and of having a large national and international representation of great athletes. So much is so that illustrious athletes such as the Kenyans Peter Kosgei, Abel Kirui, the recently worldwide Marathon record holder Eliud Kipchoge, or Victor Chumbo, among others, have participated in the eDreams Mitja Marató Barcelona, and it has established itself as a ludic and family gathering for fans of running and sport in general. 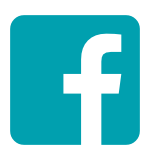